Emotional Intelligence in the Workplace

In today’s world, employers are looking for competent and productive employees who complete their work with confidence and optimal efficiency. There are 2 levels of job competence. The first involves expert skills (i.e. those that people need in order to carry out the tasks associated with a given position). The second level involves emotional intelligence. And it is these emotional skills that set star performers apart from average ones. These competencies enable a person to perform superbly.

It was in 1995 that American psychologist Daniel Goleman first made the general public aware of the existence of Emotional Intelligence. Since then, his book with the same title, has been translated into more than 25 languages and has been a No.1. bestseller in many countries.

What is Emotional Intelligence?

What Goleman did was adapt Salovey and Mayer’s model into a version that is very useful for understanding how an intelligence about “feelings-and-actions” matters in life. He identified 5 basic emotional and social competencies: self-awareness, self-regulation, motivation, empathy and social skills. The person who has a high Emotional Intelligence or Emotional Quotient (EQ):

– has a realistic assessment of their own abilities

– has a well-grounded sense of self-confidence

– is aware of how they feel in a given moment

– is conscientious and can delay gratification in order to pursue goals

– to help them take initiative and strive to improve, can persevere in the face of setbacks and frustrations

– cultivates rapport with a broad diversity of people

– is able to interact smoothly and handle emotions in relationships well How EQ Sets You Apart Introducing EQ to IQ in the Workplace

EQ can be introduced and learned through corporate training and teaching practices, such as using role-play activities, showing videos made with mysimpleshow, or having employees make videos together about Emotional Intelligence. The bottom line is, what matters for success is not intellect alone; there is another “ingredient”: Emotional Intelligence. 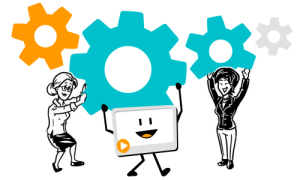 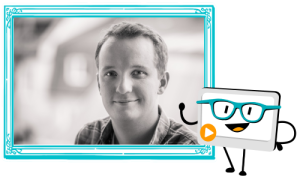 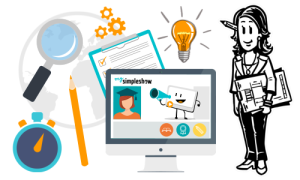 Explainer Videos In eLearning: Everything Instr...

Sorry, the given invitation is expired. Please contact our support.

An error occurred, we were unable to authenticate your current user.
Please log in again.

Unknown error. Please use our contact form if you need support.

A manual downgrade for Enterprise Customers is not available.
Please contact your key account manager in order to change your subscription plan.

Sorry, we could not find the given invitation key. Please select a subscription plan.

Are you sure that you want to cancel your current subscription? From on you will be using the free version.